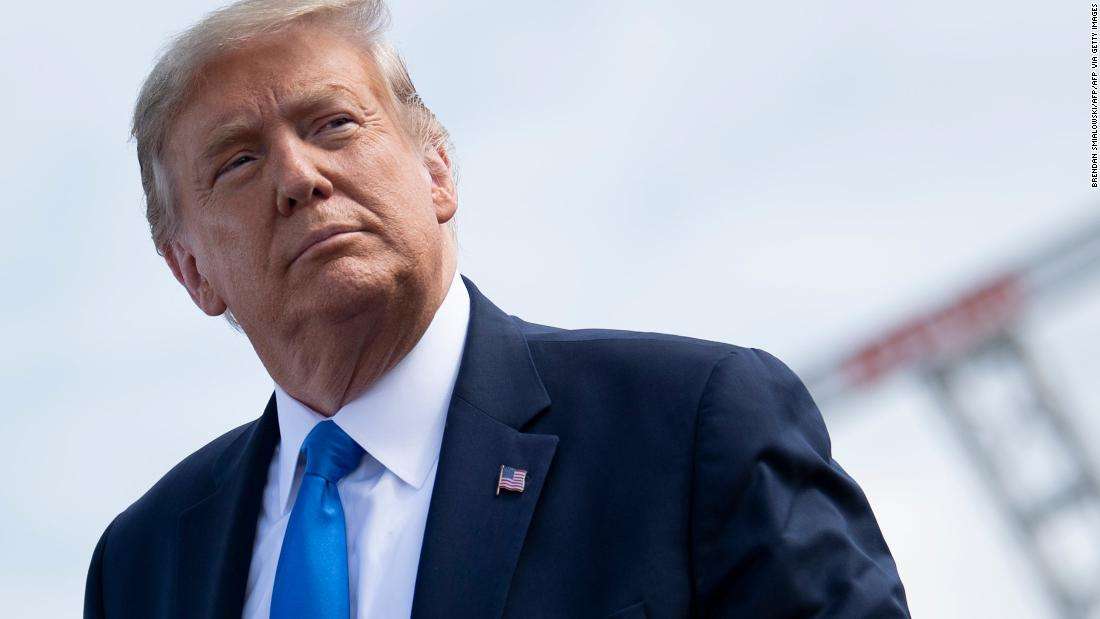 With 12 days to go before an election in which he is currently a clear underdog, President Donald Trump has latched onto an issue that he seems to believe will change the trajectory of the race: His decision to abruptly end an interview with Lesley Stahl of “60 Minutes.”

Yes, you read that right. And, no, I am not joking.In the past 48 hours, Trump has sent four separate tweets about the interview, which he abruptly ended after 45 minutes. And just before noon on Thursday, he released 37 minutes of the interview his Facebook feed — writing “look at the bias, hatred and rudeness on behalf of 60 Minutes and CBS.”

Trump’s been threatening to release the video for days now.

“I will soon be giving a first in television history full, unedited preview of the vicious attempted ‘takeout’ interview of me by Lesley Stahl of @60Minutes,” Trump tweeted just before 9 a.m. ET Thursday. “Watch her constant interruptions & anger. Compare my full, flowing and ‘magnificently brilliant’ answers to their ‘Q’s’.”

(Quick sidebar: I know this isn’t the most important thing in that tweet, but who is Trump quoting when he calls his answers “magnificently brilliant?” Himself? Stahl? No one?)

That tweet came less than 24 hours after the President tweeted a series of images of White House press secretary Kayleigh McEnany presenting Stahl with a massive book — with some pages that appear, at least in the pictures, to be empty? — filled with “the many things we’ve done for Healthcare. Lesley had no idea!”

And Thursday’s tweet came less than two days after Trump, shortly after ending the interview, tweeted out a video showing Stahl not wearing a mask. (A person familiar with the situation told CNN that the video tweeted by Trump came in the immediate aftermath of Trump ending the interview.)

All of which prompts a very simple question: Why?

Like, even if Stahl was attempting a “vicious…’takeout’ interview” of Trump — she, of course, was not — why would the President of the United States be spending this much time exposing that?

Will that change a single vote on November 3?

If you like Trump and believe the media is a) biased against him and b) hypocritical about mask-wearing, you could believe his claims about the Stahl interview. And it would confirm everything you already think about Trump, Democrats, the media and this election.

If you don’t like Trump, you likely will see this latest tweetstorm as yet more evidence of his thin-skinnedness, his inability to face tough questions and his propensity toward prevarication.

If you are undecided about whether to vote for Trump — and this group matters by far the most, because the President needs to win lots and lots of these voters to have a chance at making a comeback — is this really the message that is going to persuade you to be for the incumbent? That a journalist, according to Trump, didn’t wear a mask for a portion of an interview with him? Or that this journalist was unfair to him and was engaged in a “takeout?”

That seems very, very unlikely, given that every poll suggests the two issues voters care about far more than any others are Covid-19 and the economy. (I checked these polls for how many voters said “adversarial interview with ’60 Minutes’ reporter” was the number one issue facing the country. Couldn’t seem to find it listed.) When more than 222,000 Americans have died from the coronavirus — and we appear to be in the midst of another boom in the virus nationally — it’s hard to imagine a less important issue than how a reporter treated Trump.

So, then, why is he spending so much time talking and tweeting about the interview?

As always, the default answer is because he wants to — and there is no one around him able to tell him that whether he was fairly treated by Stahl has roughly zero impact on voters at this point in the election. As November 3 has drawn closer and closer, Trump has retreated more and more into a campaign strategy that can best be described as I-do-what-I-want-when-I-want-how-I-want. His entire presidency has been like this, of course, but he’s really turned that approach up to 11 in recent weeks.

To the extent there is any strategy behind this move — and I tend to believe there is not — it’s simply to throw more red meat to his base, many of whom think the media is out to get Trump.

And this will, uh, prove that. Or something.

But Trump’s base at this point is nowhere near large enough to win him the election. He either doesn’t get that or doesn’t care.

No matter your party, or the candidates you choose to support, please make sure that you and your family members are registered to vote. Why is it so important to register to vote? Because you cannot exercise your civic rights or even sign a simple petition, if you aren’t a registered voter. Your brothers, sisters, and community need to make sure you are registered to vote. On the local level and on the national level, we need more friends who support the rights of union members, friends who will stand firmly against those who are working to defeat us. We need representatives in Washington, D.C. who support us consistently, by supporting project labor agreements, voting to invest in our nation’s infrastructure, and advocation for policy that creates and protects our jobs while ensuring safety for all workers. We encourage everyone to support the roster of Labor endorsed candidates to vote on Tuesday, November 3rd . They are the ones who support us. Early Voting start on 10/16/2020 through 10/27/2020 (Except Sunday)