NEW ORLEANS, LA (WVUE) – Residents in the Hollygrove area say they feel a little safer after new security cameras are installed, free of charge on several homes. The goal is to prevent crime, by showing criminals, there’s always someone watching.

Gracie Atkins has lived in her Hollygrove home for 40 years. “We look out for each other, we don’t want bad things happening in this neighborhood,” said Atkins.

Knowing so many people, Atkins has a pulse on the comings and goings of her neighborhood explaining, “Our issues and our problems used to come from a couple blocks down the street and my car has been hit four or five times from people running away from gunshots, things like that.”

Atkins thinks a new camera installed on her home Saturday, will deter some of that crime.

New Orleans City Councilwoman Susan Guidry started the project. “When cameras go up, the criminals are finding out about it, they’re not being in those areas, it’s really working well,” Guidry said.

Over the past year, Guidry’s been helping different neighborhood groups apply for grant funding which they then use to purchase cameras with.

Chet Held is with the local chapter of the International Brotherhood of Electrical Workers. Held gathered 16 of his guys Saturday, who are volunteered their time, to install the cameras. “You never want to hear of a loved one or a friend that’s been hurt so by helping to put these crime cameras up, its personal, its personal for everybody,” said Held.

Ten cameras were installed Saturday on nine different homes, bringing the total to 50 in District A so far this year. Project Nola will monitor the cameras, free of charge.

Gracie Atkins certainly hopes that’s the case in Hollygrove and that this little piece of equipment will do it’s job. “We want a safe neighborhood,” said Atkins. 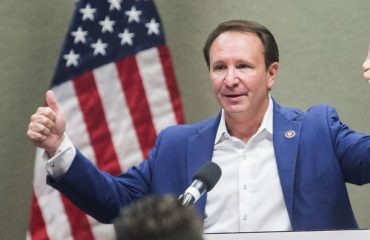 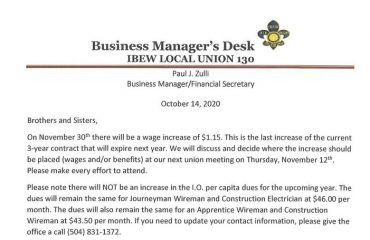